Why is CNC machining crucial to the robot industry

Today, robots seem to be everywhere – working in movies, airports, food production, and even in factories that make other robots. Robots have many different functions and uses, and as they become easier and cheaper to manufacture, they are becoming more and more common in industry.

Today, robots seem to be everywhere – working in movies, airports, food production, and even in factories that make other robots. Robots have many different functions and uses, and as they become easier and cheaper to manufacture, they are becoming more and more common in industry. With the increasing demand for robot technology, robot manufacturers need to keep up. A basic method of manufacturing robot parts is CNC machining. Read on to learn more about robot standard parts, suitable robot materials and why CNC machining is so important for robot manufacturing.

Robots used in a factory environment. The attachment at the end of the arm has many machined parts 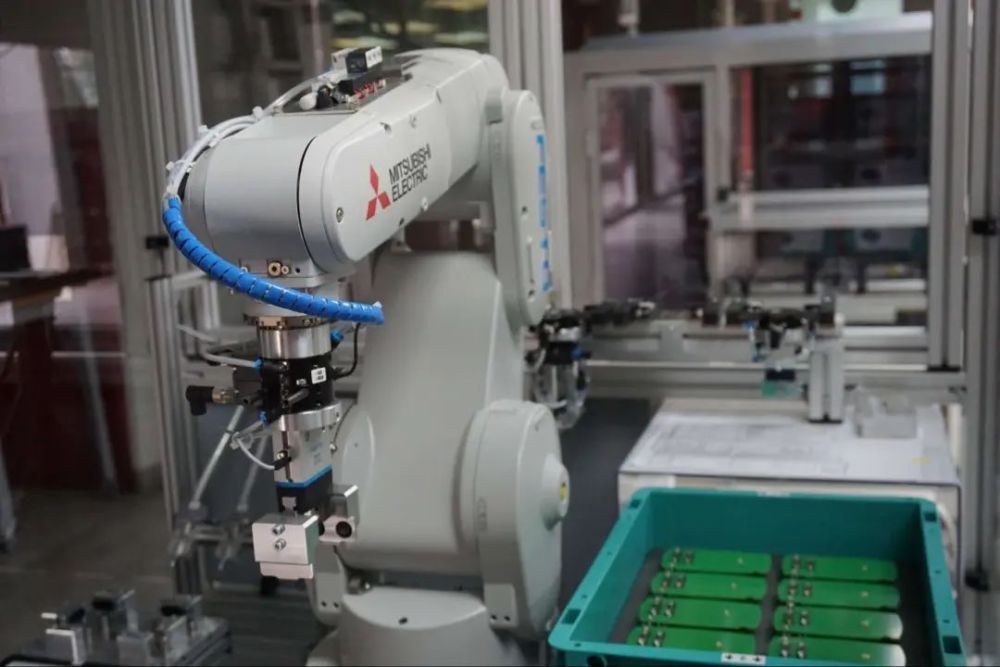 CNC machining is customized for robots

On the one hand, CNC machining can produce parts with extremely fast delivery time. Almost once you have the 3D model ready, you can start making components using CNC machines. This allows rapid iteration of prototypes and rapid delivery of custom robot parts for special applications.

Another advantage of CNC machining is that it can manufacture parts completely according to specifications. This manufacturing accuracy is particularly important for robot technology, in which dimensional accuracy is the key to build a high-performance robot. Precision CNC machining can maintain a strict tolerance of + / – 0.015mm, and this carefully crafted part allows the robot to carry out the precise and repeatable movement known and valued.

Finally, the material type used in the robot is an ideal choice for CNC machining. Robots need to be able to move and lift objects stably, which requires strong and hard materials. These necessary properties are best achieved by processing certain metals and plastics, as described in the materials section below. In addition, robots are usually used for customization or small batch production, which makes CNC machining a natural choice for robot parts.

With so many possible functions, many different types of robots have evolved. There are several main types of robots that are commonly used. The single arm of articulated robot has multiple joints, which many people have seen. There is also SCARA (selective compliance articulated robot arm) robot, which can move things between two parallel planes. SCARA has high vertical stiffness because their motion is horizontal. The delta robot’s joints are at the bottom, which makes the arm light and fast. Finally, gantry or Cartesian robots have linear actuators that move 90 degrees to each other. Each of these robots has different structures and different applications, but usually there are five main components.

The manipulator is very different in form and function, so many different components can be used. However, one thing they have in common is that they can move or manipulate objects – different from human arms! Different parts of the robot arm are even named after ourselves: shoulder joint, elbow joint and wrist joint rotate and control the movement of each part between them.

The structural components of robot arms need to be hard and strong so that they can lift objects or apply forces. Due to the materials used to meet these requirements (steel, aluminum and some plastics), CNC processing is the right choice. Smaller parts, such as gears or bearings in joints, or the shell part around the arm, can also be CNC machined.

Every robot needs a motor to drive the movement of arms and joints. The motor itself has many moving parts, many of which can be processed by CNC. Generally, the motor has some kind of machining housing for power supply and a machining support for connecting it to the mechanical arm. Bearings and shafts are also often CNC machined. The shaft can be machined on a lathe to reduce the diameter, or on a milling machine to add features such as keys or grooves. Finally, gears that transfer motor motion to robot joints or other parts can be CNC machined by milling, EDM or hobbing machine.

Servo motors can be used to power robot motion.

The controller is basically the brain of the robot. It will do what you think it will do – it usually controls the precise motion of the robot. As a robot’s computer, it obtains input from sensors and modifies the program that controls the output. This requires a printed circuit board (PCB) to accommodate electronic components. Before adding electronic equipment, the PCB can be processed into the required size and shape by CNC.

As described above, the sensor receives information about the surrounding environment of the robot and feeds it back to the controller of the robot. The sensor also needs a PCB that can be processed by CNC. Sometimes, these sensors are also installed in CNC machined housings.

Although not part of the robot itself, most robot operations require custom fixtures and fixtures. When the robot works on a part, you may need a fixture to fix the part. You can also use the fixture to accurately position the part each time, which is usually necessary for the robot to pick up or put down the part. Because they are usually disposable custom parts, CNC machining is very suitable for fixtures. The delivery time is very short, and NC machining is usually easy to complete on a piece of inventory material, usually aluminum.