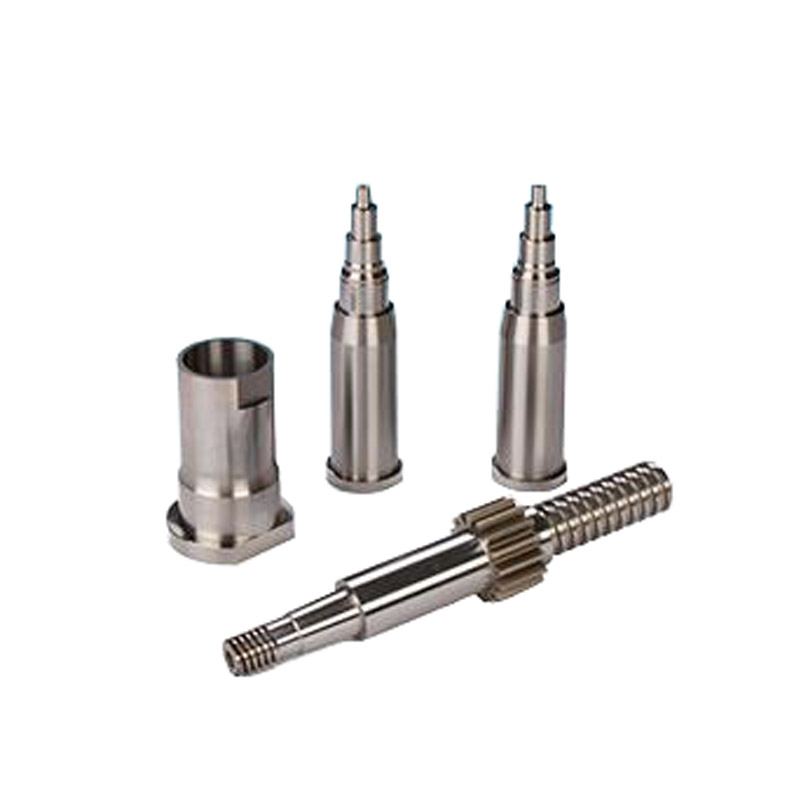 
Send email to us

The general function of chamfering is to remove burr and make it beautiful. But for the chamfering specially pointed out in the drawing, it is generally the requirement of installation process, such as the installation guide of bearing, and some arc chamfering (or arc transition) can also reduce stress concentration and strengthen the strength of shaft parts! In addition, the assembly is easy, generally before the end of processing. In agricultural machinery parts, especially the end face of round accessories and round holes are often processed into 45 ° These chamfers have many functions, so we must check them carefully and make full use of them, otherwise it will bring many difficulties to the maintenance of agricultural machinery, and even cause unexpected failures

2、Purpose and function of deburring

In the manufacturing process of mechanical parts, even in the finishing process, there will inevitably be burr. The existence of burr has adverse effects on machining accuracy, assembly accuracy, re machining positioning and appearance quality of parts. During the assembly process, the burr on the relative moving parts will cause the surface to wear or fall off in the interior of the chassis and evolve into surplus. The coated parts on the surface will rust and paint off due to the scratch of burr. With the improvement of precision and miniaturization market demand in the field of precision instruments, the harm of burr becomes more and more obvious.

1. Influence of burr on function of parts and performance of whole machine

(2) Influence on the anti-corrosion performance of parts and the whole machine after surface treatment, the burr will be knocked off during assembly, which will scratch the surface of other parts. At the same time, the exposed surface without surface protection will be formed on the surface where the burr falls off. These surfaces are most prone to rust and mildew under humid climate conditions, which will affect the anti-corrosion performance of the whole machine and leave hidden trouble for product quality.

2. Influence of burr on subsequent steps and other processes

(1) If the burr on the rough datum is too large, the machining allowance will be uneven in finishing. Such as thick aluminum plate in drilling row hole blanking, the four sides of the plate allowance is not uniform, because of the burr is too large, when cutting in the burr part, the material removal amount will suddenly increase or decrease, affect the cutting stability, produce waste products.

(2) If there is burr on the precision datum, it is difficult for the datum to coincide with the positioning datum, resulting in unqualified machining dimensions.

(3) In the process of surface treatment, such as coating, the coated metal will first gather at the tip of burr and produce unqualified products.

(4) Burr is the main factor that can easily cause bonding in the process of heat treatment. Burr is often the main reason to damage the interlayer insulation, which will lead to a significant decline in the AC magnetic properties of the alloy. Therefore, burr must be removed before heat treatment of some special materials such as soft magnet nickel alloy.

3. Control and prevention of burr

(1) When arranging the processing sequence reasonably, the process with burr should be arranged in the front as far as possible, and the process without burr or with small burr and small quantity should be arranged in the back. For example, when there is a radial hole on the sleeve, when the center hole is turned first and then the radial hole is drilled, burr will appear at the end of the hole. If the radial hole is drilled first and then the center hole is turned, burr can be reduced or eliminated.

(3) The angle between the machined surface and its adjacent surface is closely related to the formation of burr. The larger the edge angle of the part is, the greater the rigidity of the end root of the cutting layer is, the easier the cutting layer material is to be completely cut off, and the smaller the number and size of the burr will be. Therefore, the reasonable cutting direction should be selected, so that the last tool exit is located in the part with larger edge angle. For example, when turning the outer cone at the end of sleeve parts, when the turning tool moves from the outer circle to the cone end, the inner wall of the cone end is easy to produce burr. If the cutting direction is changed, the turning tool moves from the inner hole of the cone end to the outer circle. Because the edge angle formed by the cone surface and the inner hole is less than that formed by the cone surface and the outer circle, the outer circle is not easy to produce burr.

(5) Using less and no burr processing technology, for some precision parts which require strict control of burr processing, we can use less and no burr advanced processing technology. For example, electroforming is a process in which metal is electrodeposited on the mold by electrolysis to make or copy metal products. The electroforming process can be used to process the reflector on the precision optical instrument, the waveguide on the microwave instrument and other precision parts. Because there is no mechanical cutting force in the processing process, there will be no deformation and flash burr.

In order to make it easy to retract the tool during processing, and ensure close to the adjacent parts during assembly, the retracting groove should be machined at the shoulder. Undercut and undercut are annular grooves made at the root of the shaft and at the bottom of the hole. The function of groove is to ensure that the machining is in place and the end face of adjacent parts is close during assembly. Generally used in turning (such as turning, boring, etc.) is called undercut, used in grinding is called grinding wheel undercut

Write your message here and send it to us